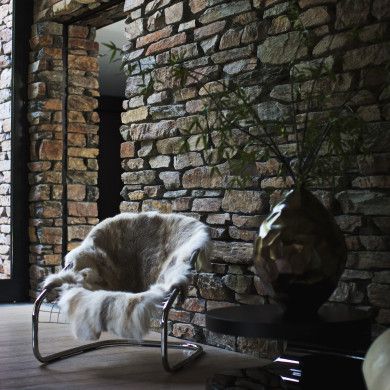 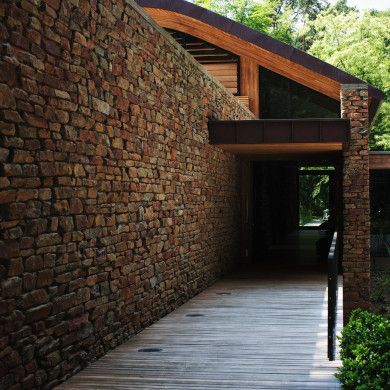 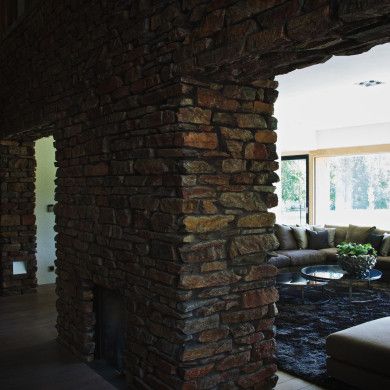 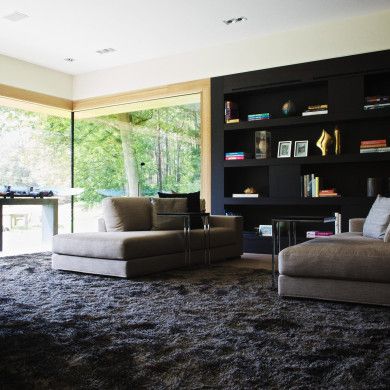 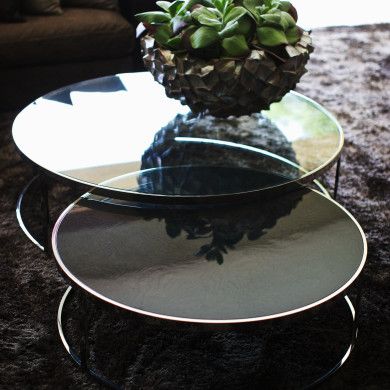 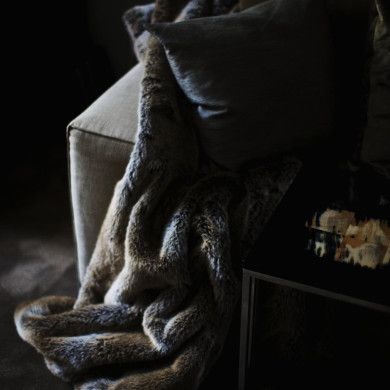 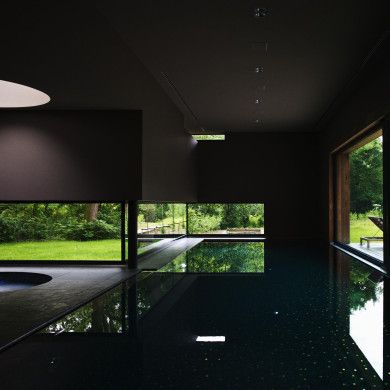 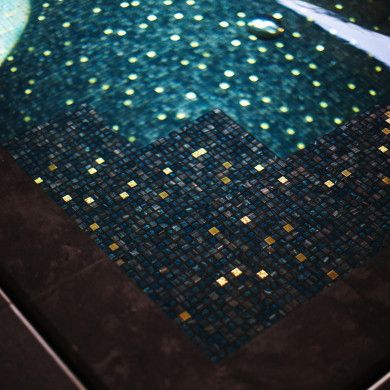 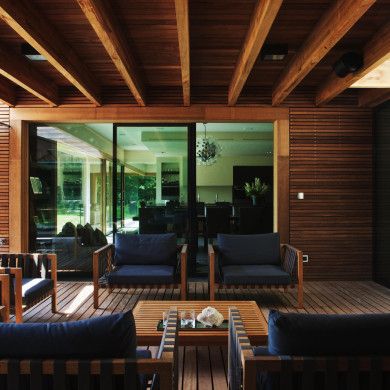 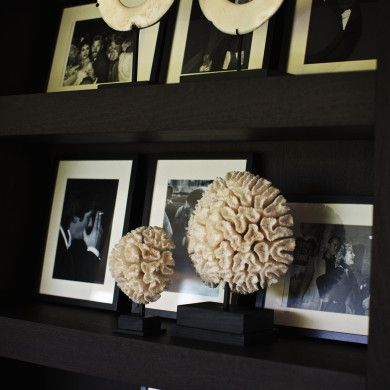 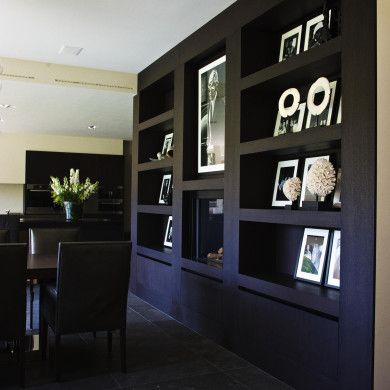 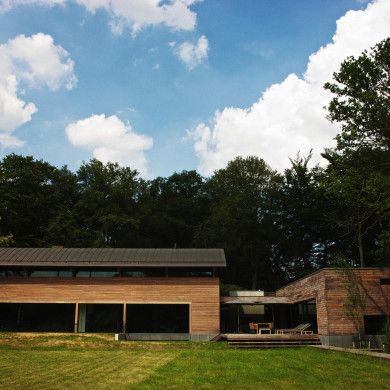 This family house in southern Holland, designed by architect Frank Willems from WillemsenU, enjoys a magnifi cent location in the heart of woodland. Eric Kuster and his team were involved at a late stage, when the owners had already chosen internal fi ttings for the building. There is nothing standard about this home, a fact that the monolithic stone walls that wrap round it on either side immediately makes clear. With such a strong sense of the natural both inside – with its stone fi nishes and cedar wood cladding – and beyond the house’s wall, Eric Kuster was keen to inject, as ever, an element of the unexpected. “Otherwise the whole look can just become overly rustic, almost homespun.”

Glamour comes courtesy of the fl ecks of gold in the pool’s mosaic lining and a golden pouffe in the living room. Round shapes – such as the pouffe and a set of glass-and-chrome coffee tables in the living room – are to be found in every part of the house, not only echoing its central atrium, but softening the otherwise angular shapes of the building. “When it came to accessorising the house, this project was particularly challenging,” says Kuster. “Basically, whatever we added had to complement – rather than compete with – the extraordinary setting. We realised that, here, it really was a case of less is more. That’s why, for instance, we decided not to have any window treatments downstairs – all there is to see is the view, free from any visual distractions. The photographs against the wall are by the American paparazzi photographer, Ron Galella, “Nobody captures the glamour of 1970’s celebrity culture better,” says Eric.

This is a house where exterior and interior merge seamlessly, creating a truly relaxed – and relaxing – bolthole for its owners.”